3 Ways I Learned to Live a Passport Life 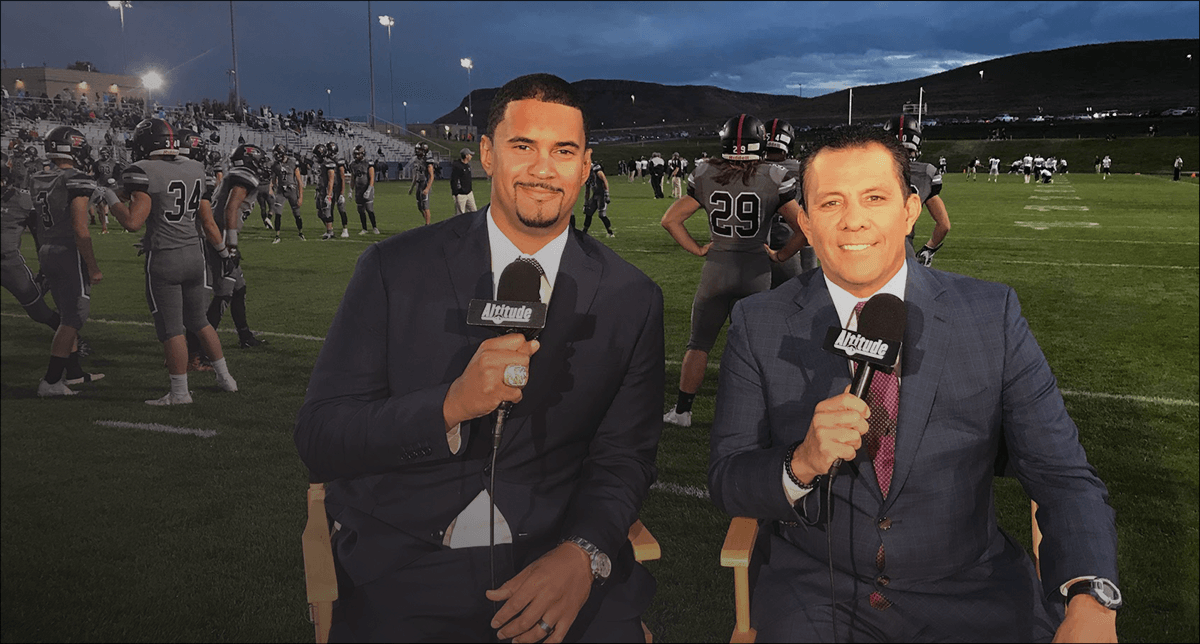 06 Sep 3 Ways I Learned to Live a Passport Life

Posted at 14:13h in Personal Development & Self-Care by Feel Me Flow

Traveling was huge for me when I first began my football career. I wanted to hear different languages, meet different people, see new places. In the midst of my planning, a teammate asked me, “Why would you ever want to go anywhere other than America? Nowhere’s better than America.”

As funny as it is to hear that, the truth is that many people have this idea. He’s a Texan, so his opinion is understandable, but we all can go beyond where we came from and what we know.

That question is like asking, “Why would I do anything different than what I’ve done?” Or, “What’s going to be better than what I know?” What a dead end.

A passport isn’t just a blue book. It can be an invitation to break your routine, to go somewhere new, to try something different. You don’t even have to cross a border. Here’s three ways I started living a passport life—start yours today!

1. Let Your Stomach Guide You

At dinner with friends, I found out that a long-time friend of mine had only ever eaten macaroni and cheese, grilled cheese sandwiches and hamburgers. He’d never eaten a hotdog, never had Chinese food.

The experience of trying Chinese food led to him going to Europe for the first time. Which led to him making a decision to move in his career to a completely different state. Which then turned into getting his master’s degree, after which he returned home to continue his career.

A bowl of noodles changed his life. Improved and expanded it. It’s important to live a passport life.

RELATED: 4 Leadership Mistakes that Ruin Teamwork (Like When We Lost 14 Straight Games)

The most fun and easiest way to live a passport life comes by using your stomach. Anthony Bourdain just passed away and that was really tough on me because as a rookie in the NFL, newly moved to Parker, Colorado, and alone with cows as my neighbors, I would watch his show No Reservations. One day they were having phở.

“Wow, what’s phở?” I wondered. It’s Vietnamese noodle soup. So I looked and found a phở place near me. I was looking for some new hobbies and it got me out of the house. (Thank you Anthony Bourdain.)

I knew somebody who loves crêpes, so when the opportunity came to travel, they went to France and had a great time. Learned a lot more about crepes and jazz and saw the Eiffel Tower—all because they like crêpes.

Let your stomach guide you into your passport life.

2. Make a New Friend in a New Place

If you don’t have a passport and you don’t want to follow your stomach, sometimes it’s as easy as going to the other side of town.

I talked with Jonah Keri, the internationally famous baseball writer and New York Times bestselling author, for 20 minutes once about black barber shops. He accidentally went to one based on a Yelp review. As a white male, he had never ever been in one before.

Now not only did he get an awesome haircut, he has that experience of learning something new. He can relate to others better, laugh with others more, like he did with me, a black man. Just because of that one trip we were laughing, joking, connecting through commonalities. He could have turned around at the door as soon as he realized he was going to be the only white person in the room, but he lived his passport life and had a new experience.

RELATED: 3 Books that Made Me Money & Changed My Life (Part 1)

You don’t have to go to another country to meet new people or find another culture. If you don’t have a passport, make a new friend somewhere completely different. Go to a black barbershop if that’s another world for you. Find a totally different environment than you are comfortable in, whether you bring a chessboard or just come in to sit down and talk.

Find something that will give you an experience you can talk about later.

Especially as a parent with kids, I make an effort to do new things constantly, to go downtown, go out to Boulder, or try new places to eat. But often we just stop making efforts to do something different. That’s a foundation for a limited mindset.

You don’t have to have kids to make new efforts, either. Sometimes I just take my lunch and eat somewhere new.

Try pushing past your inner resistance for a new experience. I had never brought a peanut butter and jelly sandwich to a business office before, but I tried it and now I do it all the time. (I love PB&J.)

Change it up. Sometimes activating your passport life is as easy as going to the other side of town, trying a new movie theatre, a new venue.

Sometimes your passport life comes from actually traveling, but you don’t have to go far. The United States is so big, you can find pretty different things to do just by travelling to a new city, or, if you live in the city, spending a weekend in a small town or a remote cabin. Road trip!

Sometimes traveling can mean moving a degree further from where you were yesterday. Like driving to work a new way. The point is to break your habits of thinking and doing. That opens you up to even better experiences going forward.

A friend of mine was going through a tough time, suffering from depression after a big breakup. So he decided to join an improv comedy class, which he had never done before. It completely changed his life and pulled them out of his depression. He stamped his life passport and left misery and loneliness behind for laughter and a new skill.

There are many ways to live a passport life. Whether you have a real passport or not, put the stamps in yourself with new experiences, new places and new foods.

Have you tried it? Tell me about your experiences in the comments below.