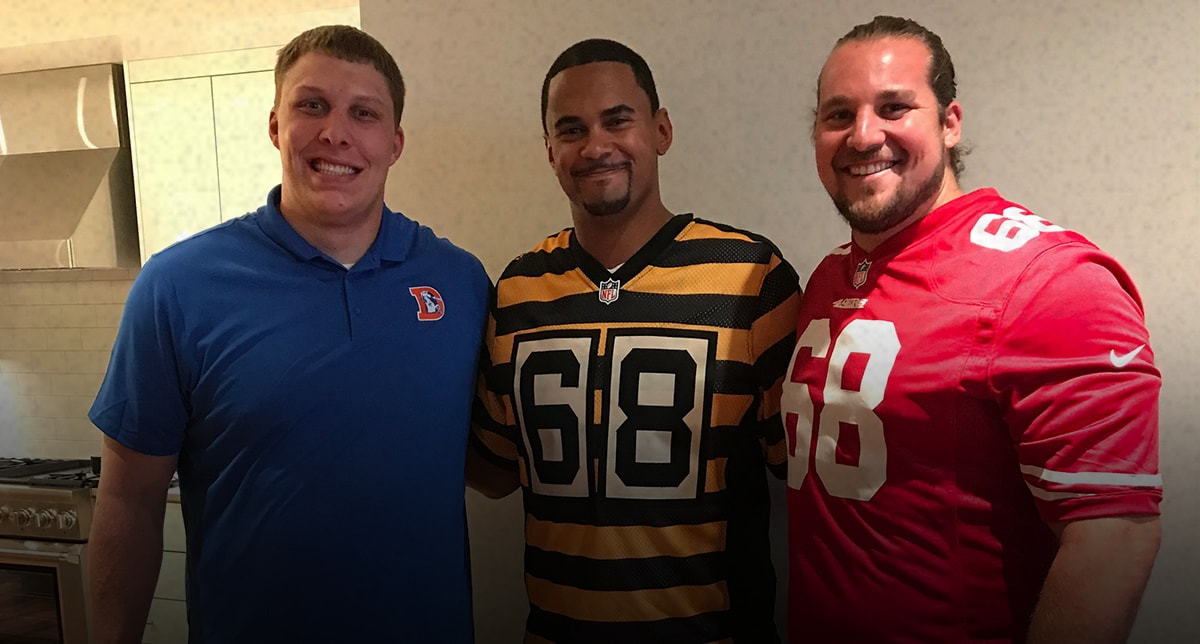 Posted at 20:06h in Optimizing Team Dynamics by Feel Me Flow

Use these ideas at your company to boost your team’s productivity.

As a player in the NFL, if your phone goes off during a meeting, you get fined $1500. If they catch you on your phone, $1500. And that penalty can go up if you keep doing it. We all know media is distracting.

That’s why some of the most elite performers in the world have the strictest media policies.

What is your media policy? No phones in the room? Have you disabled some functions of your company phones? Accessibility to media can kill your team’s productivity. In the NFL, they gave us iPads—minus Internet, camera, and email. We used them for watching films and game plans, and to save trees (no paper handouts).

Sure, we would have had a great time taking photos and sending them to each other. Instead, we used the tech for work purposes. And it worked. It kept us focused on the meetings and our goals.

Once you form a media policy, you do need to build in some safeguards so your team feels comfortable leaving the tech behind. If you limit phones in meetings, for example, let people know that for emergencies it’s ok for family to call the front desk and pull you out of a meeting.

One day in a meeting, a teammate was notified when his wife began labor. We all chanted, “Let’s go Dad! Let’s go Dad!” We had a system in place where everyone could both focus and be notified in case of an emergency.

The best teams have leaders who manage with brutal honesty.

I remember a team that made an unpopular roster move, but they told us why and we didn’t have to wonder. We didn’t like it, but it made sense. All we could do was accept it.

Brutal honesty allows your team members to understand and accept what’s going on, and it allows them to focus on their position.

Brutal honesty controls rumors too. One of my coaches honestly explained the absence of a missing team member when he said, “I want to tell you what’s going on because I don’t want secrets. I have a player not showing up, I asked him about it, fined him, and now he’s not playing this week.”

And we could all focus on the meeting after that. Brutal honesty.

A lack of honesty from the top can create all kinds of distractions in your team. People will question everything, and they will eat up team time to do that.

Instead, when your team can expect honesty from you, they will listen to you, and that will pay off in productivity and engagement.

As a strong leader, you’ve got to have and communicate that ONE goal for your team, the goal everyone should know.

I call it your common core. One of my coaches did this when he told us, “We are going to win a championship and this is how we will get there.”

The whole team was behind that goal, and his clarity helped us understand that everything we did—dinners, lifting, how we practiced—was in pursuit of that common core goal. It gave us a sense of purpose.

Half the teams I’ve seen don’t have a goal, or they have a vague goal to “win” or to win “enough”—whatever that means.

The problem is, if your team does not know exactly what they are shooting for, they won’t hit it.

Make your goals concrete: “First we will win the division, then a playoff, then another one. We will win by doing this practice, that practice, this schedule.”

Having a common core gives your team patience and focus. People play different roles, and they appreciate knowing why other people are doing what they do. Your team understands more when you have a common core, and that means they perform better together.

Favoritism is one of the biggest problems in the corporate workplace.

It erodes your team by destroying respect for your leadership and other team members. When someone gets the benefit of a relationship with the boss over talent or productivity, for example, it distracts your team. It kills engagement and productivity.

Unfortunately, I’ve seen this over and over. Another example is someone breaking rules or doing something that should get them fired, but they aren’t. That event invalidates your leadership and makes you look ineffective. You lose respect from your team.

Favoritism is a poison that can tear apart teams. To run a good team, be consistent in how you treat people and don’t play favorites. This brings you respect as a leader, and encourages respect within the team too. And that translates into productivity.

Teams run into challenges from time to time and need motivation.

The best leaders know what positively motivates each individual of their team.

Go beyond knowing the roles of people on your team. Learn about your team members and find the key to how each employee likes to be motivated.

Some of my teammates were motivated by embarrassment, others by excellence, some by money, some by fame. Our coach brought efficiency to improvement by taking the time to learn what pushed each player. You can too.

How do you find that out? Take your employee out to lunch, stop by their kid’s birthday party or bar mitzvah, notice what they are talking about. For some it’s money, and that’s ok. For others it’s quality time. Make notes and identify actionable points. Your team will get better and better when you know how to motivate each member.

When you incorporate these five rules into your leadership, your team members and employees are more likely to stay focused and motivated.