The 5 Stages of Championship Team Development 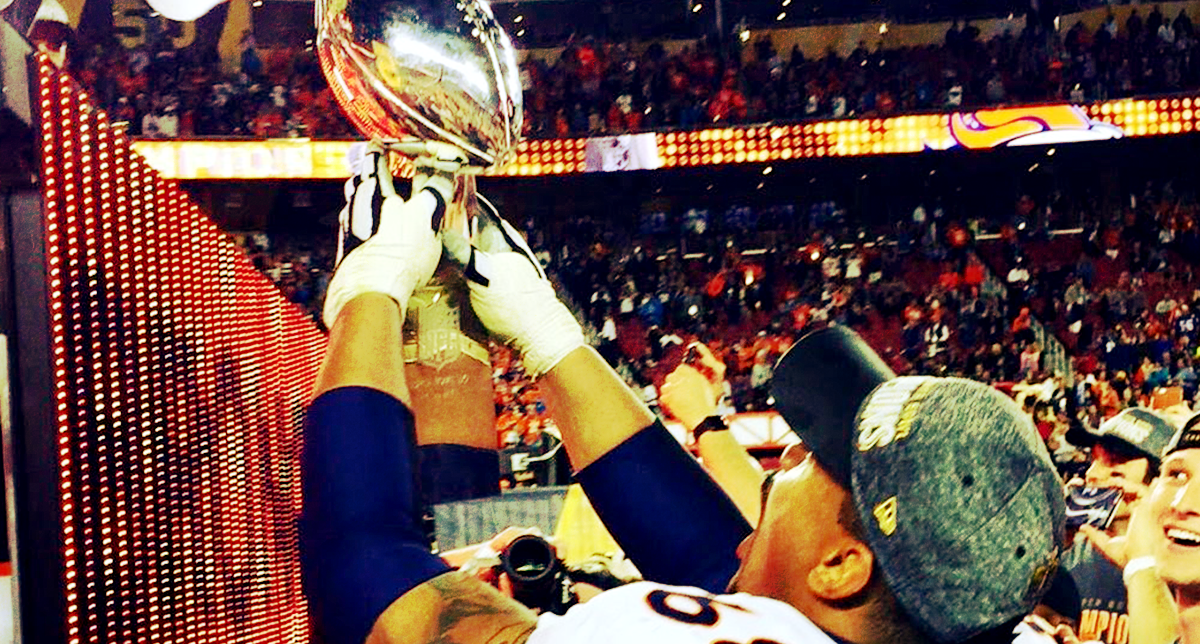 Posted at 14:54h in Optimizing Team Dynamics by Feel Me Flow

What’s the character of your team?

Five and a half weeks into our Super Bowl season we had a guy “join up” to replace a player who we all really liked. Do we treat the new player with disdain because he came in and disrupted our team? Who’s going to sit next to him at lunch?

We find ourselves in team dynamics all the time. Whether you’re a parent, a co-worker, or an athlete, we’re all a part of a team, and great teams are always developing.

What differentiates championship teams from bad teams are not the stages of development they pass through. It’s how they respond at each stage that makes the difference. It’s how team character is created. It’s how success can be achieved.

Championship teams transition through these 5 stages of team development:

Championship teams start with a goal. The stated goal is your team’s common core. You need this goal to define team success.

It’s in this first stage of team development that people come together. Everyone needs to understand it and buy into it.

I am here because I believe….

…together we are better.

…we will disrupt the industry.

…we can serve a need.

However your team finishes that statement, everybody’s got to believe in it and come together around it. It’s your team’s core.

Teams have to respond to adversity from early on. In the NFL, adversity often presents itself as an injury to a key player.  In business it’s often overlooking or ignoring something important or experiencing a problem due to success. How many businesses start and fail because they don’t have accountants or CFOs?

You have your common core. Now you need a ringer. You need someone to help your team achieve lift-off.

You’re building an app but you need someone to help secure VC funds.

You just landed a new client who lives halfway across the world and you need a translator.

You’re onto something great, but you’re missing that piece to get you over the hump. The ringer fills the gaps in your team with their skills and ideas. They help you respond to initial adversity.

Championship teams understand this. They welcome ringers to their team and treat them with respect.

At some point good will not be good enough. Championship teams struggle and find the effort needed to get over the hump. You might need to put in extra workouts or extra office time. Some teams need to cancel redundant meetings and have more fun. Something has to change to overcome the hump, and that’s where you find the struggle.

That’s when leaders need to step in and role players need to step up. Everyone arrives here at different times and in different ways. It’s the leader’s job to refocus everyone’s sporadic energy towards the common core.

To leaders: you must recognize and communicate that the team is at a crossroads. Then you must dictate what needs to be done. These must be actionable steps that connect each person to a task they can accomplish.

To role-players: you need to present a willingness to refocus. Turn off the distractions. Turn off the daydreaming. There will be plenty of time to play after you’ve achieved.

Growth happens in the effort to overcome these obstacles because you learn how to refocus. Your willingness heightens. You’re willing to work harder.

You learn that success isn’t a benchmark that stays the same. It constantly moves, which means you constantly have to improve.

The struggle — and the growth that follows — empowers you to go beyond.

After you cross the point where your good is not good enough, you still need to persevere. But this new perseverance carries a mindset that has been formed through struggle, a mindset that gives you confidence in the face of adversity. This is the Teflon stage of championship team development. You’re coming in having already proven yourself as a team, as individuals, and as leaders. You’ve overcome many obstacles.

Now you have built-in success because of the lessons you have learned and overcome. Everyone knows what to do when an obstacle presents itself. Now you smile at setbacks that once used to derail or even stop you from performing.  You and your team see obstacles as an opportunity to come together, work, and achieve. No panic, no time for doubt, you and your team have work to do.

This stage makes you unstoppable.

You’ve passed the Teflon stage and now it’s time to celebrate every win along the way. The small wins. The big wins. The wins in communication. The wins in marketing. The wins in HR. Every single day is a win as you move closer towards your goal.

The celebration stage makes everyone on the team feel stronger because you’ve all worked to overcome struggles and you’ve all improved. You start laughing together as a team and build bonds that are impervious to obstacles or failure.

After 4 surgeries I would celebrate going to practice, having a helmet with my number on it, making it to the facility on time. I would celebrate a new game plan each and every playoff game because that meant we were winning. WE were having fun. Every single thing you do that used to strain you now sustains you. Effort becomes enjoyment, appreciation, and gratitude.

This is the most powerful stage a championship team will ever reach.

Celebrating every win creates an active response that your team enjoys and learns from.  One team I was on had a dance off every Friday after a win.  We would look at the film and the coaches would judge who won.  One team celebrated wins by giving us a day off, something the whole family can enjoy.

Celebrating together provides perspective and energy that will keep you circling the five stages of team development each time you have a goal to achieve.

Huddle around the common core, welcome the ringer, struggle for empowerment, and enjoy perseverance by celebrating every win.

Enjoy being a championship team.