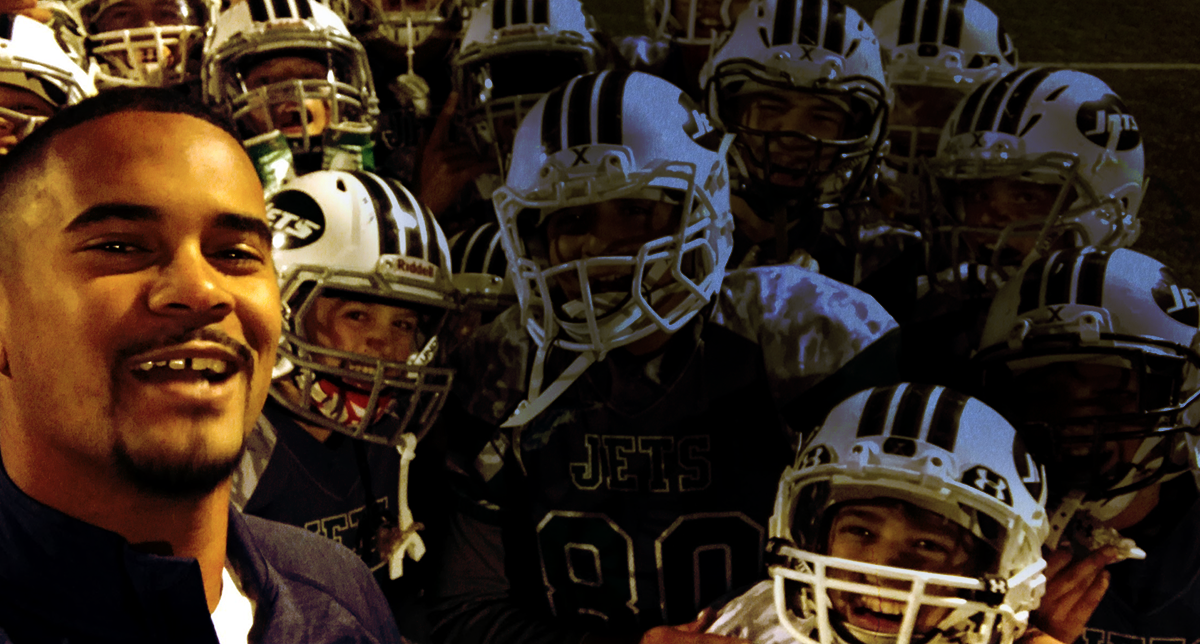 Posted at 16:41h in Building Leaders by Feel Me Flow

This particular game we won by 2 touchdowns. That’s huge in the NFL.

The next day we walked into our meeting and saw everybody’s worst play on the screen. 40 players. 40 bad plays. What kind of leader calls out 40 bad plays after a win and says nothing about the mistakes they made in the game? A bad one.

And here’s the big misconception.

The best teams aren’t always the most talented teams. Talent is only part of the equation. A lot of what makes a team successful depends on the leadership at the top. Bad leadership kills championship teams.

By avoiding these 7 leadership mistakes you will develop skills to become a stronger leader and in doing so, set your team up for championship-level success.

I had one coach whose idea of leadership was to copy the style and tactics of a different (very successful) coach. He posted the same goals as the other coach using the exact same words and even set the same schedule as the other coach. We realized immediately that our coach was inauthentic. He didn’t lead with his why.

You can’t lead authentically if the people you’re leading don’t understand why you’re doing something. Great leaders are themselves. They learn from those who have achieved success before but ultimately create success their own way.

A leadership style that works for one person doesn’t always work for another. If you want to lead a championship team, lead authentically. Be yourself.

A terrible leader stops learning. They think that past or current success is enough. They never evolve or adapt to current situations.

Think about what’s happening right now. A leader in any workplace who doesn’t cover sexual harassment protocols isn’t going to be leading much longer. Leaders always need to be growing, adapting, and evolving. When you stop learning, you stop leading.

This can also apply to a person who was perhaps awesome at sales, then becomes a sales manager, and they fail to hone their leadership skills.  Just because you have never been a leader doesn’t mean you can’t become the best leader you can be.  Read, attend leadership seminars, visit with a leader you know. You reach your best by learning.

Success isn’t a benchmark that stays the same. It’s constantly moving and you need to constantly move with it. You expect this from your team so expect it from yourself as well.

How do you handle stress? What about stress while you’re in the moment?

The worst leaders blame other people. They scream. They yell. They lose it. They manage anger ineffectively.

It’s not just bad for the leader, it’s bad for the team. Poor stress management leads to poor team performance.

The best leaders know how to proactively identify stress and can mitigate their stress by managing it properly.

How do you manage stress?

Mistake #4: They Don’t Know The Situation

Because of one series. Because of 90 seconds. We lost the game in overtime because our coach called the wrong plays. Ultimately, we lost our season. It all came down to not knowing the situation.

In business, knowing the situation means you know how to communicate with every type of prospect, how to approach deadlines to meet success metrics, and what to do in every step of every process.

Your responsibility as a leader is to gather resources, understand the situation, and execute strategy accordingly.

Championship teams fail when the leader doesn’t know the situation. You can have the most talented team in the world, but if you don’t use the talent properly you’re setting your team up for failure.

Bad leaders are boring. You’ve got to have fun, and it’s your job as the leader to create that fun.

Dance parties on Fridays. Funny videos on Saturdays. No-pads practice. Hats-only practice. All of these are ways previous coaches have encouraged laughter and enjoyment from the team. The laughter brought us together. It made us more productive. And we won.

You become boring when you focus on work 100% of the time. The reality is that people just don’t respond to that. Championship teams certainly don’t.

Two things happen when you don’t have fun:

Good leaders know when to work and when to have fun. They know that by not being boring they can prevent burnout, bring their team together, and increase workplace productivity.

Don’t get so caught up in the big picture that you lose sight of the small picture. Build in fun to your workday, your work week, and your workplace.

Mistake #6: They Take All The Credit

You end up losing the buy-in of hardworking team members when you take all the credit for success. Leaders play an important role in bringing a team to success, but how about showing some appreciation for your team’s hard work?

What about the website designer who set up the backend information in order to get a lead form that goes directly to the right person’s inbox? What about the media strategist who came in over the weekend while her family was in town to make sure our team was prepared for Monday?

Take the last seat on the congratulations train and start recognizing the achievements of your team members.

Show praise where praise is due. Leaders lose the buy-in of their team members when they take too much credit for a victory. Nobody wants to work for a person who steals their achievements.

Mistake #7: They Fail To Frame Failure

We lost five games that season but won the Super Bowl. At no point during those five “failure” games did our coach say our season was over. Instead he reframed the situation. He changed the schedule. He asked for more effort. He outlined specific points of emphasis that needed improvement.  In doing so he gave our team direction in a way that created action and ultimately led to a  Super Bowl victory.

You must frame “failures” in a way that creates action that leads to success.

When you frame failure this way, everybody understands why the team failed AND what needs to be done to succeed. It helps create those short-term goals so when you ask your team to come in on a Saturday, they know it’s because you’re not on track.

Frame your “failures” in a constructive way. You WILL devastate your championship-level team if no one knows what to do with the failure.

There are no perfect leaders, just a lot of bad ones. Don’t let poor leadership block your team from becoming champions.