Can We Find Common Ground? 4 Ways to Build Bridges with People You Disagree With 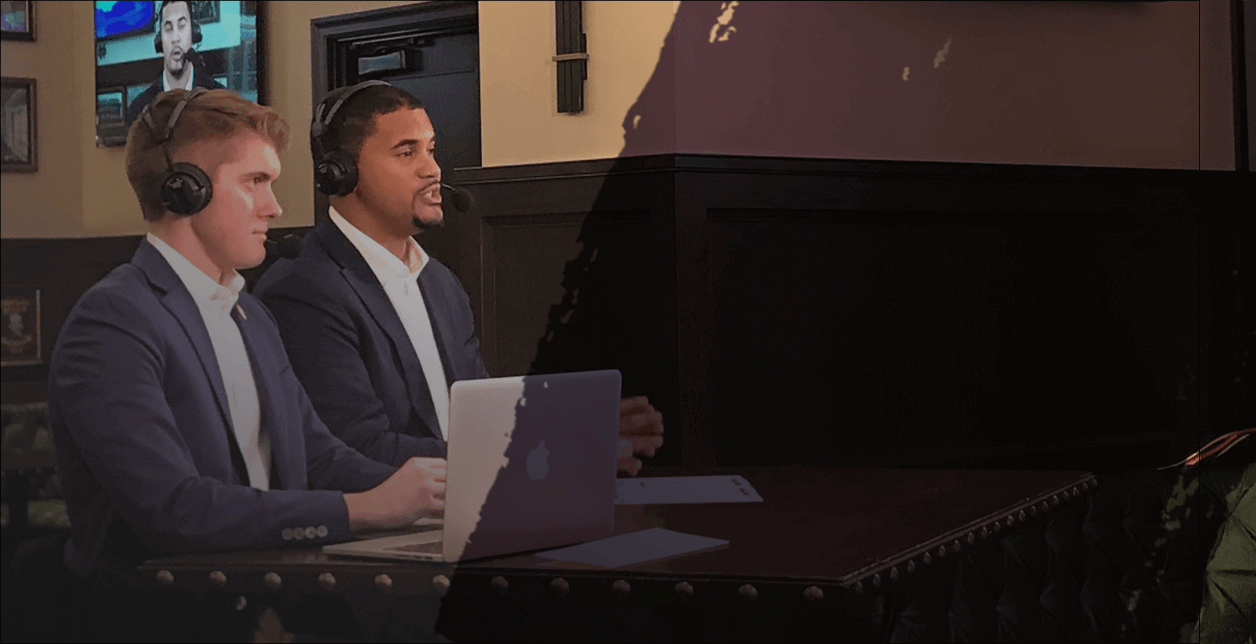 Can We Find Common Ground? 4 Ways to Build Bridges with People You Disagree With

Recently, a white supremacist was describing his methodology, “Hey, listen, I don’t care if you’re black, brown, male or female. Whichever one of you wants power is one less person from my culture in power.”

Wow. I understand the perspective of someone wanting to preserve their culture. I accept that he lives in that reality. And I do not agree with it.

It would be easy to get angry and fight back. Easy to start hating him for hating me.

But that would not get us anywhere.

In the NFL, when you join a new team through the draft or free agency, you need to build camaraderie as a teammate in as short a time as possible. I found that sharing commonalities such as common friends, interests in music or recreational activities connects quickly with others who are vastly different from you.

In today’s environment, we find it more important than ever to relate to all others. To reach out. We need to build bridges of understanding so we can talk to people who have different opinions. We want to be able to reach them to create understanding and greater peace.

The only way to do this comes through building commonalities. We all have our humanity in common. Here are four ways I build bridges to others by accentuating our similarities.

1. Start with Acceptance, not Agreement

Example 2:
Duck says to the turtle, “I am better because I have wings.”
Turtle responds, “You can talk, too!?”
Duck laughs.

When engaging in difficult conversations, seek acceptance over agreement. Everyone has an opinion. You can respect and accept this in others without agreeing with them. I’ve done this with the kneeling topic (as a former NFL player), with topics of race (as a black man), with topics of religion (as a Muslim) and of course with food, like how to cook a steak (medium is best!).

Next time you are having a tough conversation, try telling someone straight up that they do not have to agree with you, but just to accept that you have your position.

From there, I can continue. “But I’d like you to accept that for me as a black man, the only place in this world that I fear for my life is at a routine traffic stop.”

As a Muslim, I want to be a good neighbor to all those who live 40 doors down to my left and 40 doors down to my right, to have a pen ready for another to use when asked and to call my siblings, as we are taught. If you come to my house, you will not leave hungry, whether you agree with Islam or not. Your accepting that I have my views means I am able to communicate where I am coming from and feel safe, and that’s important. (Most people are willing to accept not leaving my house hungry, lol!)

When you look for acceptance versus agreement, you can both get down off your side of the fence and meet in the middle. If you say, “Listen, you don’t have to agree with me,” people do not feel like you are attacking them. You are not compromising their ideals and their beliefs. Rather, you are presenting a perspective on yours without commitment from them one way or another. Bridge built.

The funny thing about many of our beliefs and prejudices is that they are rarely rooted in fact. Food is an easy example. When I say Peppermint Bon-Bon ice cream is the best, it comes from the fact that my father used to always eat it. So it must be the best, right?

Think about some of your strong food beliefs. Chances are, you had fond memories of their origins. Others disagreeing with you doesn’t threaten your preferences in any way.

It’s hard to change someone’s belief through your words or with facts. With new experiences, however, we begin to see each other as the human being across from us. Open the channels of change by giving others permission to disagree with you. Start from the common ground of acceptance.

That also means to stop looking for people to change their minds and agree with you.

Demonstrate acceptance first. Here are three other ways to reach out:

RELATED: HOW DO YOU TREAT YOUR GARBAGE COLLECTOR?
2. Build a Bridge with Sports
At a signing with fans after the Broncos won the Super Bowl in 2015, a woman seemed excited to meet me. Then she said, “Thank God you’re not one of those Muslims. You seem like a good Christian boy.”

I smiled, and reached out, asking her, “Well hey, do you like the Broncos?”

She said, “Are you kidding me? That’s why I’m here. I love the Broncos.”

Then I shared my truth, saying, “Well, hi, my name is Ryan Harris. I was your starting left tackle on that Super Bowl team, and I am a Muslim.”

She smiled, embarrassed, and said, “Thank you for the opportunity to learn how much love I can give to someone different than me, as long as they like the Broncos.” And we both laughed!

We found common ground with sports. Chances are, with 60% of Americans not knowing a Muslim, she had never actually met one. Bridge built.

Sports can unify us. It does not matter what religion, race, sex or preference you are — if you like the Broncos, you like the Broncos. If you like the Vikings, then “Skol, Vikings.” (And by the way, it is okay to hate the Packers, lol.) All of a sudden, you’re unified with a range of people across the diaspora. Pretty cool.

Sports topics offer a great way to relate to others. You can have fun liking an opposing team, or just knowing something about the current sports environment, the season or a newsworthy achievement. Try it out.

3. Connect via Parenthood
Another great way that I relate to others comes through parenthood. I used this after reading the book The Divide by Matthew Taibbi.

One story from the book was about a young, undocumented mother who had left her three children at her apartment to run to the grocery store. There, she got rear-ended and begged the person not to call the police. They did, and ICE came and placed her in detainment. As she went through the system, she was unable to contact her children for three days.

Now, I don’t care what side of the aisle you’re on when it comes to immigration, but let’s talk about what it would be like as a parent to leave your children at home by themselves. They are happily thinking you are coming right back, and with food! Then, you do not return. They are terrified, hungry, alone. And you are unable to speak to them until three days later!

What would you do as a parent? What would be the worst part for you? Your children?

That story should impact everyone.

And then there’s school. No matter what race or religion you are, you probably have kids or grandkids in school. You can relate to others as parents talking about school and all that you have to do to get ready and deal with issues there – getting in, choice schools, waiting lists, etc.

If you’re not a parent, you have parents to talk about. You can discuss what fatherhood means to you, or the importance of family outside of your mother and father. How many cousins do you have?

Parenthood, family and school are great commonalities to use to relate to other people regardless of race, religion, culture and identity.
4. Laugh About Your Failures
A fun way to relate to others is through failure. You probably have a good life failure story you can laugh at. When you laugh at yourself, other people can laugh at their own failures. Chances are they are similar. Bridge built.

We’ve all had social failures. For instance, I was all set to give a speech for my marketing company and (thank God) before I presented, one of the people there said, “Hey Ryan, I’m sorry, I don’t know you very well, but your fly is down.” Hilarious in hindsight, right? A failure in that moment, and something people of all flavors can relate to.

Whether socially or professionally, you build bridges when you talk about what got you through those failures. When I was in the NFL, one of my teammates, a younger player, was struggling with mental errors. Instead of ripping him, I told him, “You know what, I used to have a lot of problems with mental errors in the game, and what I did to fix it was to take notes. Feverishly, on everything. On things that I thought were stupid and on every word my coach said. And it helped me out.” The next meeting, the young man had a pen and pad and was feverishly writing notes.

The example you give will be the example you see when you talk about your failures. What stories do you have? Have you ever walked out of the house then, on seeing your reflection in the car window, realized, “I didn’t know my shirt was on backward/inside out!”

RELATED: 7 TIPS FOR FINANCIAL FREEDOM: WHAT TO INVEST IN AND WHAT TO RUN FROM

Bridge-building happens when you reach out to others who are different with something you do have in common. It means reaching for mutual acceptance, not agreement.

Finding commonality first makes your different opinions feel a little bit safer. It opens up willingness by both parties to see a different perspective. How can you establish a connection that does not come off as threatening?

Even when someone says something you vehemently disagree with, you can still build a bridge.

We are all the same kind of people: human. We do similar things day in and day out. We work, eat, love, play, sleep. We get sick, we get healthy. We make mistakes, we experience triumphs.

Somewhere in there, you can find a safe topic to make a human connection with someone who happens to be the same kind of human being with a few different opinions than you.

You can make the difference.