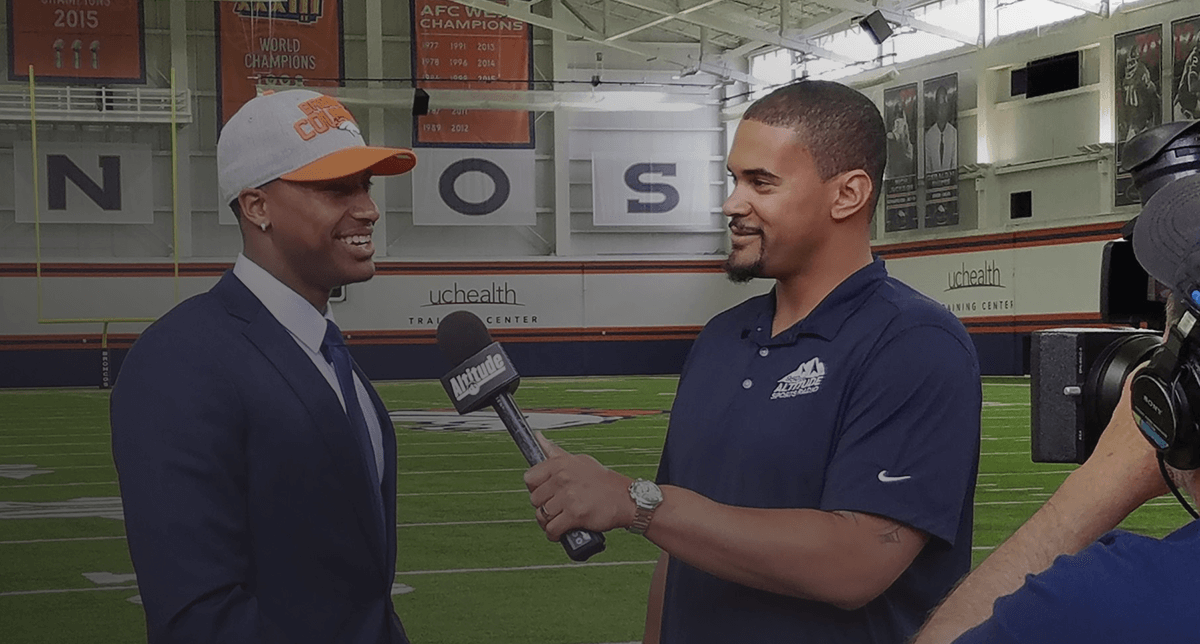 18 Jun How to Confront Your Critics Like a Champ

Posted at 11:32h in Communication & People Skills by Feel Me Flow

It was my day off, in the season when we eventually won the Super Bowl, and I was playing with my kids. Enjoying my life. In the middle of family time, I got a phone call from a friend who said, “Man I just heard you got benched.”

And I said, “What? That’s ridiculous.” He said, “Well Writer X just wrote that you’re gonna be benched tomorrow.” In fact, there was a situation and I knew what was happening—but the writer was dead wrong and shouldn’t have speculated like that.

He happened to be a well-respected writer, and a man I still consider a friend today. The next day, I confronted my critic. I told him that my off day is my time. Not his time and place to write a piece and avoid me. “Not only that, but you’re out of line.” He got it, and apologized.

When confronting your critics, it’s important to consider a few things before flying off the handle and ruining a relationship—especially a work relationship. Criticism happens. Here are a few ways to deal with it.

I had to ignore a lot of critics throughout college and the pros. I got criticized by teammates for reading books on the plane, for example. Today, a lot of those teammates probably wish they’d read books on finance, money management, and leadership.

I was criticized for doing too much in school. That was by teammates of mine who may or may not be in the career of their choice now that we’ve retired from the NFL, while I earned two degrees in three-and-a-half years.

The higher you go and the more you accomplish, the more you will be criticized by people near to you on your way up.

Face it: you’re going to have critics. The number-one thing that can make it easier is to embrace your critics. I don’t mean accepting what they say. You just have to accept that they are there and will say something harsh about you.

One, you ignore them. That’s easy. Move on with your life and don’t give what they said any weight at all. One superstar QB I played with would literally turn and walk away from you if you said something mildly offensive to him. Point taken. The more you react to it, the more importance you give their comments.

Two, accept that people will criticize you—because you’re doing something! I wouldn’t be criticized if I wasn’t accomplishing anything. Especially if I’m doing it well. It’s important to remember: you’re being criticized because you have performed to a level beyond what others expected of you. Congratulations! It’s a sure sign you’re going somewhere. Who cares about the critic? You must be doing something good.

In the NFL, we had a saying: “I’d rather get coached than not coached.” Being coached isn’t always comfortable. A coach might be yelling in your face, telling you about your mistakes (and how to fix them of course), and making you work hard. But when a coach isn’t screaming at you, then you’re not on their mind. They’re not seeing you play. And that’s a worse problem.

If you’re getting coached, that means that leader cares about you and wants you to succeed. So embrace the criticism. You’ve earned it… in a good way. It means you’re being or doing something significant.

RELATED: 3 Questions I Asked Myself after Losing My Job in the NFL

Once you accept that the critic exists, the first thing to think about is this: is their criticism appropriate and useful or have they crossed a line? It may be in what they say or in how they deliver it. Was it respectful criticism, or was it unkind, disrespectful or even meant to hurt?

Hard as it is to hear or accept, criticism can be helpful—when done well and with respect. If it’s OK, you will have to let go of your feelings and respond to it as a suggestion.

In the example above, the criticism was inappropriate because it hit me on a day when I was with my children. Also a day where my critic knew he would not have to face me.

Lay the ground rules. If what your critic says is inappropriate, you are in the right to say something about it to them. I let him know that he encroached upon my space and that it was a mistake on his part. Speak up for yourself. Set good boundaries.

3. “I Wonder”… Use Neutral Language

Some folks criticize because they can only see things from their perspective. They just didn’t think about any other way, much less your view of things. So disarm your critics. Give them the situation from your perspective or from a neutral place. Help them see another option.

One of the phrases I like to use is: “I wonder.” It creates a neutral place where I’m not saying “you have to look at my side.”

For instance: “Oh you’re saying we’re not going to make the Super Bowl? I wonder how many other teams are seven and two right now?” (There was only one other team.)

When I got told it’s amazing that I’m even playing for the NFL, I might ask: “I wonder how many times I’ve heard that in my nine-year NFL career?” Give people immediate perspective with “I wonder,” without saying they are wrong and escalating the criticism to a confrontation.

I’ll also use the words “would you ever?” It’s another way to get people thinking differently. With the writer in my opening story, I asked, “Would you ever like it if, on your day off with your family, someone questioned your ability to do your job?” His answer was “of course not.” He got it right away.

You don’t have to argue with your critics. You don’t have to discuss anything with them. You can simply disagree. These two phrases are a great way to give them a different perspective without being in-your-face confrontational.

RELATED: The Simple Strategy I Learned to Resolve Conflict without a Fistfight

Try it out: accept that your critic exists (congrats), speak up for yourself if it wasn’t ok, and share your side neutrally. I think you’ll find that when you embrace your critics, establish ground rules and give them another perspective, you can develop your own way of confronting your critics.