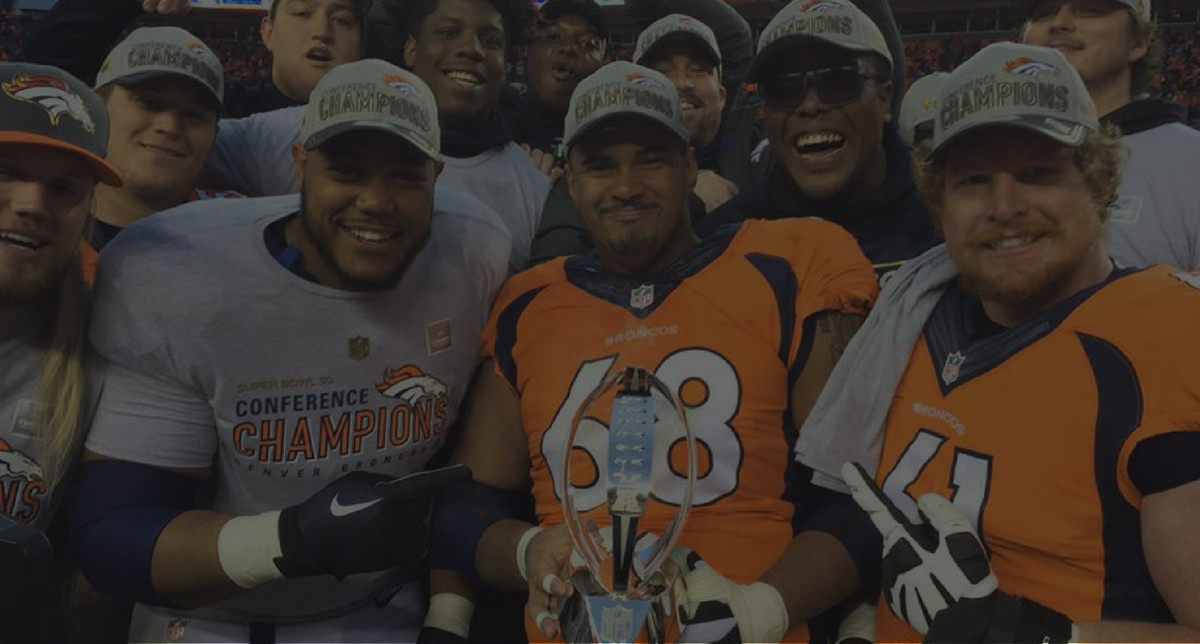 Posted at 17:10h in Optimizing Team Dynamics by Feel Me Flow

If this doesn’t define team success, I don’t know what does…

“You’re here for one reason, and that’s to win a championship. If you’re not here for that reason, get out.”

When Shannon Sharp came to speak to our team he spoke what we were all feeling that day. Now it was out on the table.  Everyone was there for 1 reason.

There was power in that statement. It instantly created unity.

“Anything can happen.” What kind of goal is that? (A bad one, if you’re wondering).

Defining team success requires concentrated effort. I’ll be honest with you, not many leaders these days know how to do it properly. But the tradeoffs are worth it. Master this leadership skill and you’ll be on your way to creating a killer, championship-level team.

In this article I explain:

Having that 1 big goal means….

Having that 1 big goal gives reason to everything you do.

If you don’t have a higher goal, you limit the meaning and purpose of the work you and your team do every day.

You also need to create goals that complement the 1 big goal. Here’s the championship-level hierarchy of goals…

Types of Goals For Championship Teams

You want to achieve the highest goal? State it out loud. Make it heard.

Understand that to be a champion you have to have smaller segments to evaluate yourself. The Super Bowl wasn’t our only game of the season. We played 19 games.

If you have a 12-month calendar year, you need to set 12 to 15 lead-up goals. Some of those goals are only reachable by meeting certain conditions.

Everyone needs breaks. Even champions.

In football, it’s our bye weeks, and it’s in the middle of the season.

For most businesses, it’s in the middle of that calendar year. You cannot go full force for 12 months. You’ve got to give your team a break.

No emails. No calls. Get out of here. Leave us alone.

We’ve got Thanksgiving coming up. Maybe you let people go Tuesday at lunch. Maybe you cancel that whole week of work. Or maybe you need to work through Thanksgiving, so try shortening the days.

Another idea: change the schedule to keep your employees fresh. You work a 9:00 to 5:00 for 12 months. Come on! Give your employees a 10:00 start time. Give them a 3:00 leave time. Come in on a Saturday and get the Monday off. Be creative

Set the #1 goal. List your short-term goals. Build in a bye week or two.

Use Failure As Your Fuel To Succeed

Inevitably, failures make up part of your journey.

We went 15 and 4 and won a Super Bowl. We weren’t undefeated.

We failed a few times on the way to success.

But we didn’t point fingers.

It’s important that employees don’t get to a point where they start blaming each other. Everybody’s made mistakes along the line.

If you want to develop the traits of a true leader, remember this:

The #1 thing that the best teams do — that championship teams do — is the coaches put the blame on themselves.

One of my best and favorite coaches would always say, “Hey, the mistakes are on us as a coaching staff. You go out there and play, and we will clean up the mistakes afterwards.”

Leadership takes as much responsibility as they can so that the critique stays on actions and not people.

That’s leadership. That’s emboldening your employees to go and take action without having fear of consequence.

With every win comes a game ball. As a leader you get the privilege of standing in front of your team after a win to say: “Team, we’re giving out some game balls today.”

You’ve committed to something better than mediocre, which means your effort needs to go up. Your focus becomes more intense.

There are no excuses when you want to win a championship, but leaders make them all the time.

If that’s your mentality, it’s no wonder you fear losing your team. You can’t sell your team on the dream if you don’t believe it for yourself first.

2️⃣ Leaders don’t want to put too much on the plate of their employees.

Or even making the team wear suits on the plane. You know what? You do it because you look good when you make money.

These extra demands on time explain themselves when you set a higher goal.

What happens if they come up short of the goal? If they set that lower goal, they can still say they achieved something. That’s dangerous. Very dangerous.

It’s only natural for team members to think that they could have achieved more. They think, “Coach didn’t believe in us.” Schism begins.

The next time you come up and state a goal your team will start wondering, “Is this as far as we can go? Is this goal really a way for me to reach my true potential?”

If you’re not setting that higher goal, you’re keeping your people from doing it.

Learn how to develop that #1 goal and start experiencing real team success.