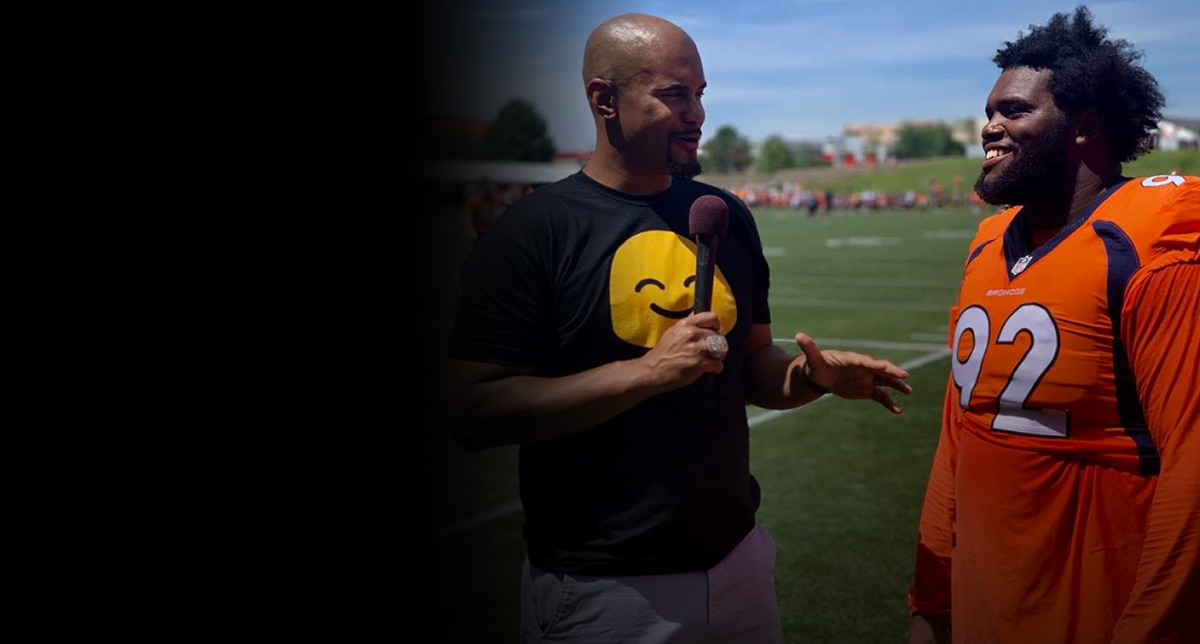 Posted at 11:59h in Money Strategies & Money Mindset by Feel Me Flow

Imagine someone told you they would give you an immediate 200% return on an investment you make — and you said, “Nah, I’m good.”

Yet, that is what hundreds of NFL players do every year when they do not opt in to the NFL’s 401(k) program.

Are you guilty of the same thing? Whether it is a 401(k) matching opportunity from an employer or the chance to leverage a network,  too often we down a shot to earn free money. Here are a few of the major “free money” opportunities that NFL players, and maybe you, miss out on.

The NFL will match their players’ 401(k) contributions on a two-to-one basis up to a maximum of $13,500. Year after year, players refuse to put their money into a 401(k). This NFL program never has 100% participation; that’s bad.

During my rookie symposium, we had a presentation by Merrill Lynch about financial management and money.

One player stood up at the end of the presentation and challenged the presenter, “If you don’t have money, why would I give you my money?”

About five, six other players start saying, “Yeah, yeah!” and that was it for the meeting.

Some of these same players told me, “I can spend my money better. I can do a better job investing my money.”

But that rarely ever happens. These NFL players leave an immediate 200% return on the table. It is crazy! This does not even take into account future returns from their investment that they will eventually accumulate. Veterans will often plead with their teammates to think ahead and do it.

Here is the thing: It is not just athletes. How many of us have 401(k)s in our jobs where we think, “Oh, it doesn’t matter how much I put in.”

How many of us or do not put money into investment vehicles provided by our workplaces because we do not believe it will make a difference? Many of us are just like the NFL players who turn down this 200% return on their money.

Even if your company only matches 3% of your contributions, that’s an immediate return on your investment — not to mention any future growth!

That future growth means you are leaving a lot more potential money on the table. This article in Yahoo! Finance shows that if you contribute just $100 a month starting at age 25 (which describes the majority of NFL players) with 3% company matching, you are going to have $408,000 by the time you retire at 65.

If these players invested the maximum $13,500, they could eventually be multimillionaires.

Many of the wealthiest people I know have multiple 401(k)s.

Many of us leave this money on the table because we do not see the benefits, do not believe in the impact, or we fail to see that it will make a difference.  But, it makes a huge difference.

Another way that both teams and players leave money on the field or on the table is through leveraging team appearances. Every organization has a select amount of appearances they can offer players. Sometimes it is a company wanting to do an event at their office, and sometimes it is a stadium event.

They are all continually looking for players, and I took advantage of this early in my career. I let team organizers know that I would do as many events as they had available.

There are players in the NFL who you will never hear of who make an additional $6,000 to $20,000 every year. They earn this money just for speaking at these events, most of which come as a result of corporate relationships.

How many of us miss out on money because we do not build on the capital relationships our companies have?

What teams are you on where you could appear or speak and earn additional money? If you are on a team of teachers, can you offer extra training? Are you on a team of brokers, where maybe you could do an additional golf tournament? Could you invest in yourself right now to join in a leadership course that will bring you contacts and increase your investment book?

There are so many ways that we leave money on the table by failing to take advantage of team appearances. Every one of us is on teams that can benefit us financially.

I know multiple players who have launched post-NFL careers just by speaking to some of the people who maintain corporate suites in the stadium.

One player made millions of dollars after their career because they asked the owner of the team they had played on for career advice. Can you find ways to connect the corporate partnerships that are around you? Does your company have a successful CEO or entrepreneur you could seek advice from? Who are the people who have the networks that can help you in areas you may want to be successful in?

Right now, Ezekiel Elliot is trying to get upwards of $14 million per year at the running back position.  If I were his agent, I would tell him to settle for $9 million per year with a fully guaranteed contract. Then I would insist that Jerry Jones, the multi-billionaire, provide him with a position as an intern at his company. His hospitality company, Legends, by the way, is getting paid hundreds of millions of dollars by the Las Vegas Raiders to manage their suite and ticket sales.

Or what about development? In addition to teams and hospitality, Jones is the most forward-thinking developer in NFL history. Their new ‘practice facility’ has a stadium attached to it where athletic events are held. That’s IN ADDITION to AT&T Stadium. What could we learn if we spent even a day in those meetings?

What if Jerry Jones or another corporate contact can introduce you to some development people in his network? These are the people that could help you become a real estate developer or help you start a real estate fund.

P.S. Jerry has done this for some former players, creating more earnings than in their playing career.

These are all ways in which some athletes could take advantage of their relationships and corporate partnerships.

The same is true for donations. Many players are involved with specific causes. However, they do not always approach their corporate partners, many of whom want to be associated with organizations and want to give money. It is not always our own money we are leaving on the table.

We all have financial opportunities we pass up, whether that is contributing to a 401(k) or taking advantage of additional contacts to increase our earnings.