Glue Guys: Why This Type of Team Player Makes the Most Money 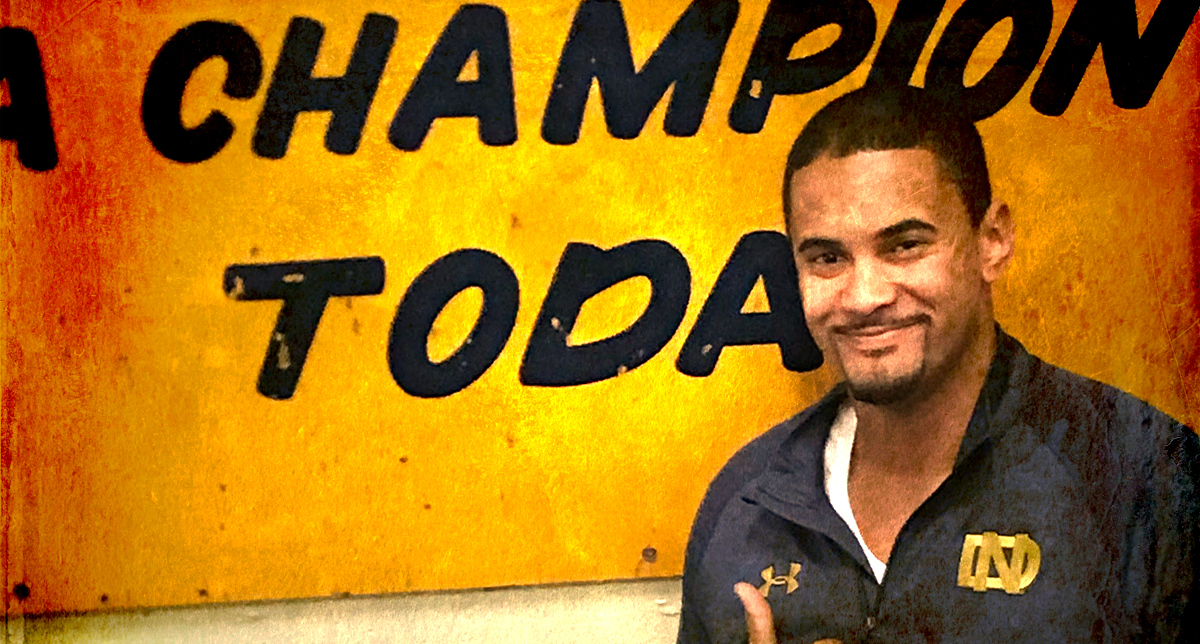 24 Nov Glue Guys: Why This Type of Team Player Makes the Most Money

Posted at 18:24h in Optimizing Team Dynamics by Feel Me Flow

22 years old. I was practically still a kid.

I was spending my first Thanksgiving alone. There’s no going home for the holidays when it’s the middle of the season and you’ve got practice.

A buddy invited me over to his home for Thanksgiving. I remember this guy distinctively because he’s one of the first Glue Guys I ever met in the NFL.

It was this guy — this Glue Guy — who completely changed my perspective on what it means to be a team player.

I knew that to be successful, a team must be dynamic. Every player has to brings something unique to the table.

But the Glue Guys, what do they bring?

I learned over a Thanksgiving dinner that Glue Guys are the players who hold the team together (hence the name), and in doing so, they end up making the most money.

Read on to discover the qualities that make these team players so unique and why they generate a higher ROI (“Return on Individual”).

1. They Value Opportunity Over Their Talent

For these team players, it’s not about their talent.  It’s about their opportunity. It’s why Glue Guys work harder than anybody else on the team even though they might not be the top performer.

Yep, that’s right. Glue Guys don’t necessarily have superstar talent, but no coach or business owner wants to let them go because they contribute so much to the team. They literally hold it all together.

They also understand EGO. In business and competition, the extent a person utilizes ego can determine the productivity for themselves and others. As far as their ego goes, Glue Guys don’t need to prove their value the way that other players do. Their work says it all. Their purchases are not to show other people their success. Their friendships have purpose from the engagement they create.

It’s also why they’ll take the blame for something that went wrong even if it wasn’t their fault.

A hard-working, leave-the-ego-at-the-door attitude means that Glue Guys can speak up to their leaders and not be disrespected. When they do speak up, their work and efforts have created so much respect that all others listen.

Once I had a coach come over to me screaming after I got a penalty. This guy was mad. FURIOUS. He let it all out on me, but I wasn’t having any of it.

So I stood up, looked him right in the eye and told him, “DON’T EVER FUCKIN TALK TO ME LIKE THAT AGAIN!”

In that moment, he changed his communication with me for the rest of our relationship. Right then and there, I also set the standard for the respect players must demand and coaches must show for us to be successful. We went on to win a Super Bowl. He’s still one of my favorite coaches to this day.

2. They Approach Challenges as Opportunities

Glue Guys don’t have all that talent, and because of that, they’re the team players working harder than everybody else. They persevere when others were not willing to press on. It’s how they’ve gotten to where they’re at. Hard. Work.

They look at challenges as opportunities for growth. A difficult task becomes a joyful challenge. There’s an upbeatness to it.

That light-heartedness brings people together no matter what obstacles a team faces, and we know teams face a lot of obstacles on the road to success.

3. They See Both Sides

Whether you’re in sales, marketing, or distribution, everyone is on the same team because you’re in the same company.

Not everyone understands this. But the Glue Guys do. They help bridge team members together by seeing both sides of any given situation. And they provide solutions.

When other players are quick to blame their fellow teammates, Glue Guys take the blame. They bring team members together and refocus everyone’s efforts on a common goal.

Even more than bringing people together, they raise everyone to a higher level.

Their ability to see both sides of a situation also allows them to act as a translator.

We once had a young rookie who wasn’t playing up to his own standard. Our plane landed in Pittsburgh, and when we got into our team meeting, coach went off on this rookie. Then one of the leaders in the offensive line went off on him.

They completely berated this young player. Poor rookie had never experienced this type of tongue-lashing before.

The guy was completely devastated, but we needed him to succeed.

So I went up to him and I said:

“Listen, just know that we all go through this at some point. We’ve all been right here. They’re not mad at you as human-being. They’re asking you to raise your level.”

The player immediately changed his demeanor, smiled, and went out the next day and had his best practice yet, the type of practice we needed him to have.

Like I said earlier, teams are dynamic. Sales has their own set of problems, so does marketing, as does HR, etc.  They don’t always see eye to eye. That’s where the Glue Guy comes in and smooths over the edges to make sure team members are on the same page.

A Glue Guy knows they wouldn’t be where they are without their dedication, hard work, and attention to detail.

Basically, they know that their talent alone was not enough, and because of it they have a willingness to work hard. They’ve already overcome so many obstacles and can overcome many more.

Talent alone is not enough. Approach every day with a willingness to work hard.

I was one of the three last tackles in my entire draft to be in the NFL. I was drafted in the third round. How is that possible? It’s because of my ability to work hard. Plain and simple.

Three back surgeries? Not giving up.

Released by a team? Not giving up.

Not supposed to make the team?

I never gave up. Never slacked off.

Glue Guys know their value and they’re good at what they do, but they remain humble through it all because there is work to be done.

It’s these 4 qualities — valuing opportunity over their talent, approaching challenges as opportunities, seeing both sides, and being self-aware — that allow Glue Guys to make more money in the long run.

How do Glue Guys make more money in the long run?

The #1 reason why Glue Guys make the most money is because they last longer than anybody else.

Roger Goodell is about to sign a $40 million a year deal as NFL Commissioner. He’ll also have access to a private jet for life. Do you know how he started in the NFL?

He was the DRIVER for Pete Rozelle, a previous NFL Commissioner. Goodell would have never gotten to where he is now had he come in and said,

“I’m gonna be the next commissioner. I want that job.”

But he started at the bottom. He worked. He made allies. He grew up through the ranks and now he’s going to get $40 million a year with access to a private jet.

He never worried about the title because he had no expectations. Just a willingness to do the work.

Glue Guys set examples of what hard work looks like every single day. It’s no wonder business owners, team leaders, and coaches want these people around.

Glue Guys show everyone around them the level of work that’s expected. Get a talented guy who isn’t willing to do the work and he’s gone in no time.

It’s sad how we see extremely talented individuals in business who have to shut down their company because they weren’t willing to dedicate themselves to the craft. They thought they had all the one-time solutions and stopped improving.

So the Glue Guys make the most money because they last longer. They dedicate themselves to the craft every day. It’s part of the reason why, beyond working harder than anyone else and always continuing to learn, Glue Guys build allies.

Building allies means building opportunities. People begin to recognize Glue Guys for the value they bring and want them on their teams.

Glue Guys can teach us a lot.

They’re the ones who go from un-drafted running-back to one of the highest paid running-backs in the NFL. They go from an entrepreneur who started a business from their apartment to owning a residence in Menlo Park.

Glue Guys set examples of what hard work looks like every single day.

If you watch these Glue Guys close enough, you’ll learn:

Who are the Glue Guys or Gals on your team? Who inspires your team members through their actions and dedication to work?

Find these players. You’ll need them to keep your team together. And remember, Glue Guys aren’t always the most talented, but they’re the most valuable members of a team.