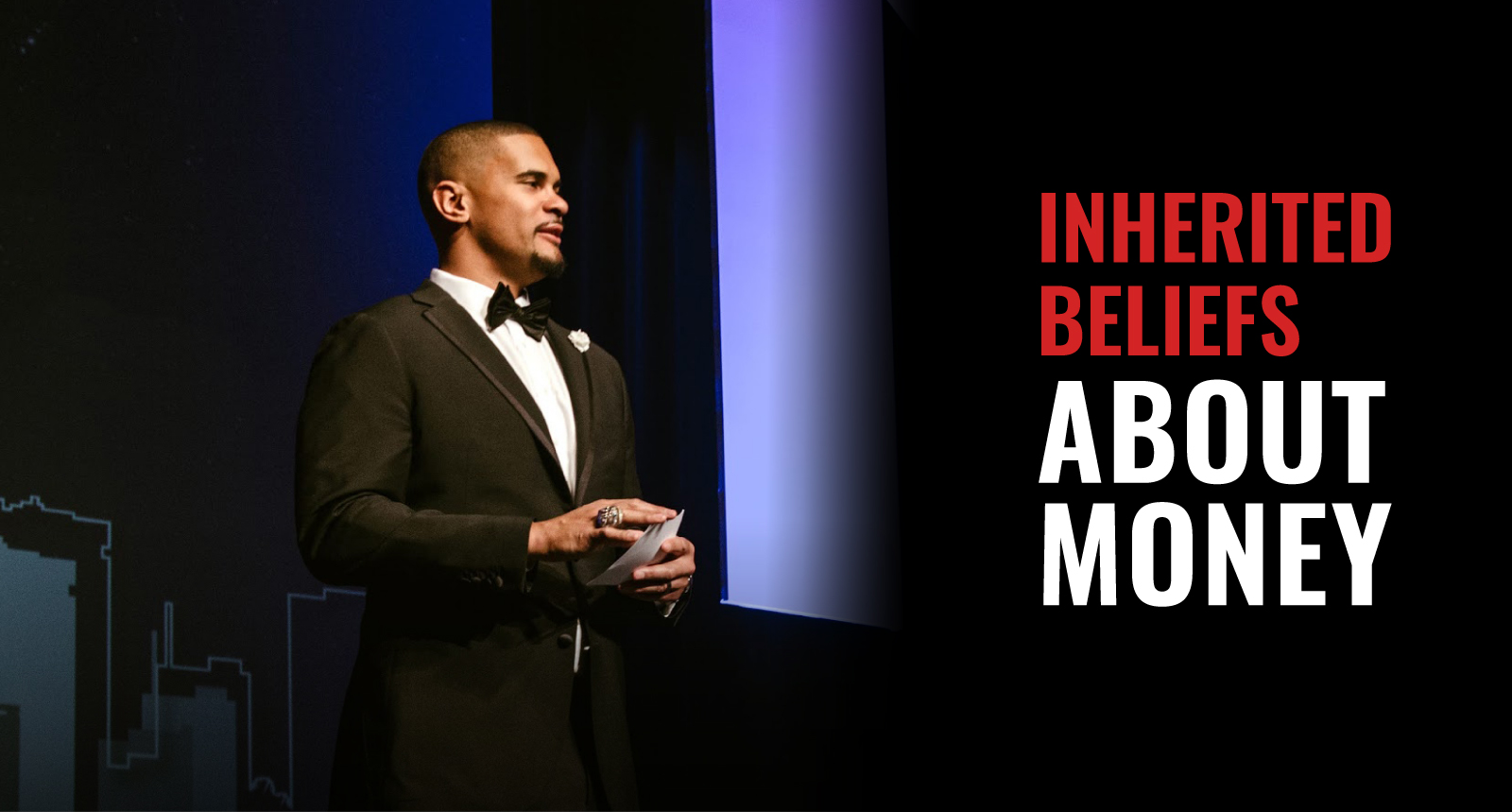 Posted at 09:26h in Financial Literacy by Feel Me Flow

I recently sat down with someone to help them start investing. I began as I always do by asking what companies they already know. We were watching a football game at the time, so I asked when this person thought ESPN was going to stop making money. “Never,” he answered.

I asked him who owned ESPN. He searched for the answer, googling as us googlers do, and his head tilted back in surprise.

Disney. So I asked when he thought Disney was going to stop making money.

Again, his answer was, “Never.”

We researched the stock price and symbols, and he wrote them down. As we did that, he said “I never thought investing was for me. I asked why and he responded that “I did not grow up in a family that invested.”

He had inherited the belief that investing was not for him.

What beliefs have you inherited about money?

More importantly, what can you do about your inherited beliefs about money?

Whether you grew up with money or without, we all have inherited beliefs about money. Investing is just one of the limiting assumptions we inherit that can impact our lives for the worse.

We can not avoid these inherited beliefs about money. We all have them. However, we must challenge them.

I had an inherited belief from my family that it was normal to always live in debt. I believed that you would not pay off your last penny of debt until just before you died. And that the moment that you pay off any debt, you should go into more debt.

This one was most detrimental to me. It took me a while to challenge the belief that I should pay off debt only if I am ready to get into more or bigger debt. Shockingly this is a common belief and credit companies know how to leverage it.

How many times have you paid off debt and suddenly, you get a notice that your credit card or credit line limit has been increased?

I literally did not know that you could pay off debt until I was out of college. And it was in getting my first home that someone explained to me that if I paid extra money on the principle, I could pay off my house early.

My first question literally was, “What do you mean pay the house off?”

I did not realize you could pay off debt. I thought you just paid it down and refinanced for more money to buy things like cars or vacations.

In challenging your inherited beliefs, you can find out if they are true.

I also inherited the belief that hobbies are more important than saving. Say your hobby is collecting baseball cards, as I did at one time. Well, every baseball card pack at the time was between $5 and $15. If you buy 15, 20 or 100 packages, all of a sudden, you are spending over a thousand dollars on a hobby.

If I invested that money instead, I would have had a far higher return than I did with my hobby.

Whether it is going out to eat, drinking or buying new shoes, how much does your hobby cost you?

My wife and I had a habit of going to Starbucks. One month we realized we had spent over $100 just on Starbucks. We decided that it was a habit that we could no longer sustain. So, we purchased a Nespresso machine and did not stop at Starbucks anymore. Brought the cost down to $7.67 per month. Plus more coffee!

How much do your hobbies cost you? Seriously, look at your statements and total up your hobbies. What is the cost? Can you cut back on your hobbies? In my family, I grew up thinking that those hobbies and habits were more important than the money we were saving because it led to happiness.

Wrong. That happiness does not last. Where are those baseball cards?

Again, challenge your inherited money beliefs. Is a hobby really more important than saving money? The danger with inherited beliefs is that they are not spoken, they are absorbed. We never talk about the fact that we are spending money on a hobby like collecting DVDs. We watch them once and then collect them?

What we should be asking is why are we purchasing DVDs? Or why do we purchase model airplanes?

Why do we not save or invest that money instead?

Hobbies are secondary to savings.

Inherited Beliefs About Financial Responsibility for Others

Another common inherited belief in the NFL is that you have to pay for your family. After my sixth season, I challenged that. Do I have to pay for the extended family to come to a game? No. One year I spent over $20,000 on tickets for my extended family to go to games. Was it my responsibility for them to come to games? No. Was it more important that I save money so that I could help get a new dishwasher for my family or provide payment on their mortgage? Yes.

So I inherited a belief, as many NFL athletes do, that we have to take care of our family; that we are responsible for our family. Family who somehow lived without cash gifts. And rarely anywhere else in the world will you find a 20-year-old who is accountable for the entire family’s financial health.

Like the individual I was assisting, I also inherited the belief that investing is for rich people.

This is one inherited belief that I am grateful that I challenged. Investing is not only for rich people. Whether it be Robin Hood or TD Ameritrade, investing is for everyone.

You can have a criminal record, be married, divorced, single or dating. Whatever your race, religion or sexual preference, investing is for you.

The moment you invest, you never again look at money the same way. I would never have realized this if I had accepted the inherited belief from my family that investing was only for rich people. That is why I encourage everyone to own at least one stock in their life.

In challenging my inherited beliefs, I discovered they were not true. I created financial stability.

You too have this power.

Share with me some of the inherited beliefs about money that you had from your family or your environment.