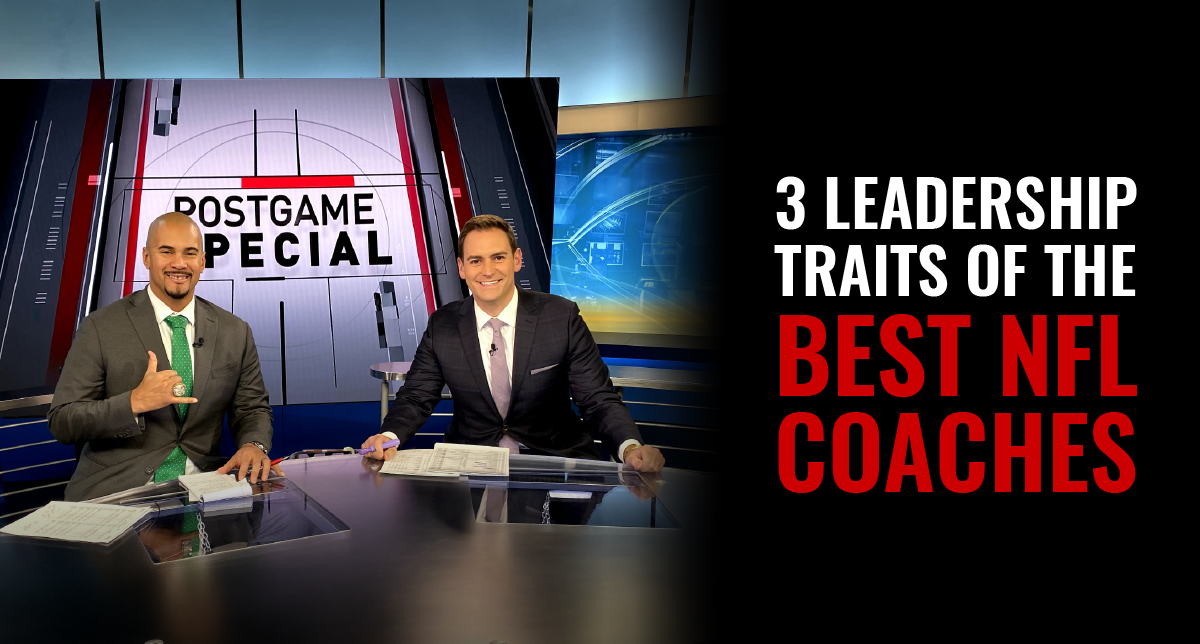 Posted at 12:47h in Building Leaders by Feel Me Flow

How does a great leader help you? Are you working with a bad leader? Whether you are a leader or aspire to be a leader, you need to understand the traits that define great leaders. I was fortunate to have associated with some of the greatest leaders in the entire NFL.

What amazes me is that no matter what city or the team they belonged to, the best leaders in the NFL shared three common traits. They are traits each of us can use to be better leaders at work or home, with friends or just in leading ourselves to greater production.

“We live by brutal honesty.”

These were the first words I heard from the coach of one of the best organizations I have ever played for.

It was also how the entire organization communicated, including how people would talk to each other at the lunch and breakfast tables. It was so refreshing for me to be around an honest coach.

On another team, whose players all had the championship aspirations and the skill to achieve them, we had a very different coach. We were surprised twice when this coach had issues with two-star players, a quarterback and a wide receiver, that resulted in their immediate departure.

Rather than being honest with us, this coach assured us he was not planning to trade anyone. He lied to the entire team. Finding out about these trades from the media rather than from the coach created immediate dissension and distrust. That lack of honesty ruined that coach’s career and the next three seasons for that organization.

Honesty also creates efficiency. When someone is honest, you know what needs to change. You know how it should be done, and you know why. Mike Tomlin at the Pittsburgh Steelers would frequently tell us to “Ask me if you want to understand why you are not playing.” He was not concerned with whether we would like what he had to say, he would be honest.

The best thing about honesty? It is something you cannot argue with. Honesty creates clarity that leads to production, buy-in, and trust. If you are honest with somebody about what you do not like, then they can trust that later, when you give them an acknowledgment or praise, you are authentic.

Honesty is the number one common trait in the great leaders that I was fortunate enough to be around and learn from in the NFL. It creates efficiency, builds trust, and saves you from an argument. Say what you mean and be honest, especially if you want to lead.

In 2014 while playing for the Kansas City Chiefs, I met Andy Heck, one of the best coaches that I would ever play for. He wanted me to learn a technique called ‘the gallop,’ and I was dead set against it from the beginning. I would even joke with him that I was going to ask the team doctor to check him out because the technique he wanted me to learn would get me killed.

Every day all I would hear about was the gallop until finally, I gave in. His consistency in pushing me to learn this technique, even when I fought against it, was something that changed my career. The following season with the Denver Broncos, I used the gallop in one of the best blocks I ever had in practice. The head coach and the offensive line coach were impressed, to the point of calling it out in front of the team.

My fellow players asked about it, but like me, they initially thought it was crazy. I taught it to them, they began using it and then we won a Superbowl.

Related: THREE WAYS TO INCREASE ENGAGEMENT FROM THE NFL

Mike Tomlin at the Pittsburgh Steelers starts his meetings every day with the same message. “The number one rule for getting better is showing up. Number two, listening is a skill. It is up to you to find out how you listen, and it is up to your coaches to deliver information in that manner every single day.”

How do they know when and where you are available to approach?

How consistent are you in what you say and in the techniques, products, software, or message that you want to be used? Do you believe in something so much that you are consistent in demanding it from those you are leading? Consistency is the second fundamental of great leadership I experienced in the NFL.

The final trait that is most significant in the greatest NFL leaders is that they are learners.

I recently spoke to one of the most successful marines in the history of the military. I asked what he considered to be critical to great leadership in the military.

“Learn everyone’s name,” he responded, “and not only that, learn something about them, so when you see them in the hallway, you can ask them something about what they are doing.”

This is from an elite military person who has traveled all around the world and frequents Washington DC, more than some presidents.

Great NFL leaders are continually learning, not only about their people but about what they can do to put their team in a position to win.

What can you learn about your craft? The best NFL coaches do not stop with the system that won them games two weeks ago, two years ago, or two Super Bowls ago. They expand their knowledge every chance they get.  One coach even brought in a curling team to show us something he learned. Curling.

The ability to learn has proven to be critical to becoming a great leader, not just in the NFL but everywhere.

Through honesty, consistency, and learning, you can become a great leader at work, at home, with your friends, and wherever you go.