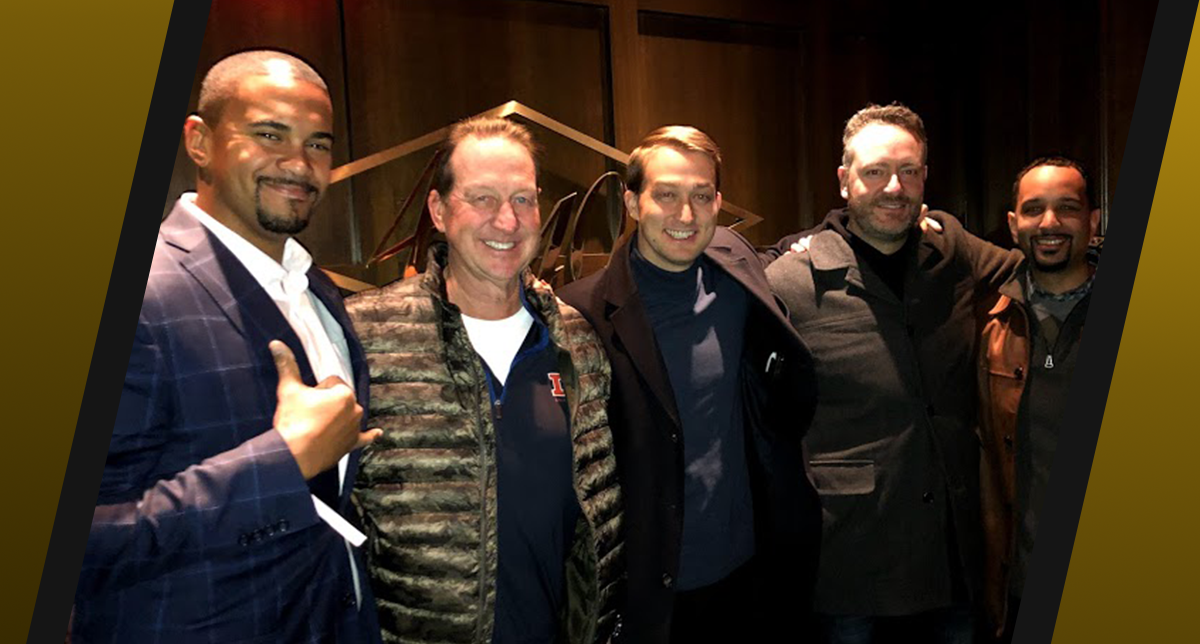 For many NFL players, free agency is a time when dreams come true.

Their dream house. That car they’ve had their eyes on. A little something for mom and dad.

Everyone has grand dreams. There are hundreds of free agents to choose from. I may not be an NFL general manager, but I know what — and more importantly, WHO — it takes to win in the NFL.

The things to look for in a player are perseverance, overcoming adversity and the ability to produce.

Using these criteria, I have my eye on five free agents in particular. These are my top picks on the market in terms of talent, production and leadership highlighted by championship experience.

One of the things I like about Ronald Darby is that he has played for both the Bills and the Eagles over the last two seasons. This tells you that Darby has faced some obstacles. He has been able to transition, learn a new system, adjust to a new coaching staff and still perform at a high level.

Darby won a championship last year with the Eagles, an experience that immediately makes a player one of the most valuable assets in the NFL. Championship players know how to handle distractions, focus on the details and win big games.

I’ll start by saying that 30 is definitely old in the NFL. But this is a player who still had 8% of his targets last season go for 20 yards or more. Tate has always been a high-motor player. He can still get it done.

Plus, Tate is a champion. He won a Super Bowl with the Seahawks and, just two months ago, he caught a last-second touchdown in a playoff game for the Eagles in New Orleans. Not just any touchdown either – this was on fourth down with the season on the line. Talk about performing under pressure.

I look for the 49ers, Broncos, Jets, Cardinals and the Washington football team to be in the market for Tate.

Trent Brown enters free agency after winning a world championship with the Patriots. I believe New England will do everything they can to keep Brown, who stands at 6’8”, 380 pounds.

The former seventh-round pick gave up only three sacks on 579 pass attempts last season, according to Pro Football Focus. The only issue is that he gave up 35 pressures, about two per game. But this is a young player who now has a detailed body of work and has proven that he can be the left tackle for a championship team.

If you want to win championships, you need to have a shutdown left tackle — see Super Bowl 50, ha! I believe Brown will be a hot name on the open market but will ultimately return to New England.

Let me begin by saying this: I never played with a player who has more explosion, patience, toughness and ability to catch and run the football than Le’Veon Bell.

After sitting out all of last season, Bell will probably land the highest contract in free agency this year. I look for Bell to land with either the Packers, Jets (who have about $100 million in cap space) or the Colts. Possibly the Ravens as well.

Wherever he lands, I fully expect Bell to sign with a perennial playoff team. He grew up in the Steelers’ system, where every season is about going deep in the playoffs. This is why I think the Packers and Colts are the two most likely homes for the former All-Pro running back.

Nick Foles is the number-one free agent in football, as the NFL is a quarterbacks’ league.

For starters, this is a Super Bowl MVP. This is the only player not named Eli Manning to beat Tom Brady in a Super Bowl. He went toe-to-toe with Brady, throwing three touchdowns and catching a touchdown.

Foles came back this year and led the Eagles to the playoffs again. In fact, he was one catch away from possibly going back to the NFC championship game and then maybe back to another Super Bowl.

In fact, I even prefer Foles to Carson Wentz. This guy wins games –big games– and not only that, but he plays well in those games. He has seen it all. Been fired, benched, celebrated. What an experience.

Also, you cannot trick Nick Foles. In the Super Bowl last month, the Patriots fooled LA Rams QB Jared Goff. He did not have a lot of audibles that he could check to, because he simply did not have the experience and confidence to play fast and play the game he was in. Well, Foles can do that, has done that, and has a ring because of it.

Foles is an elite quarterback. His coach can give him options going into the huddle and trust that Foles will make the right decision. Not many coaches have that luxury. And that ability excites every member of the offense.

Foles has a lot of good football ahead of him. And whatever team lands him – it might end up being the Jaguars – is going to get the best free agent on the market.