Why Athletes Go Broke and How to Avoid It Yourself 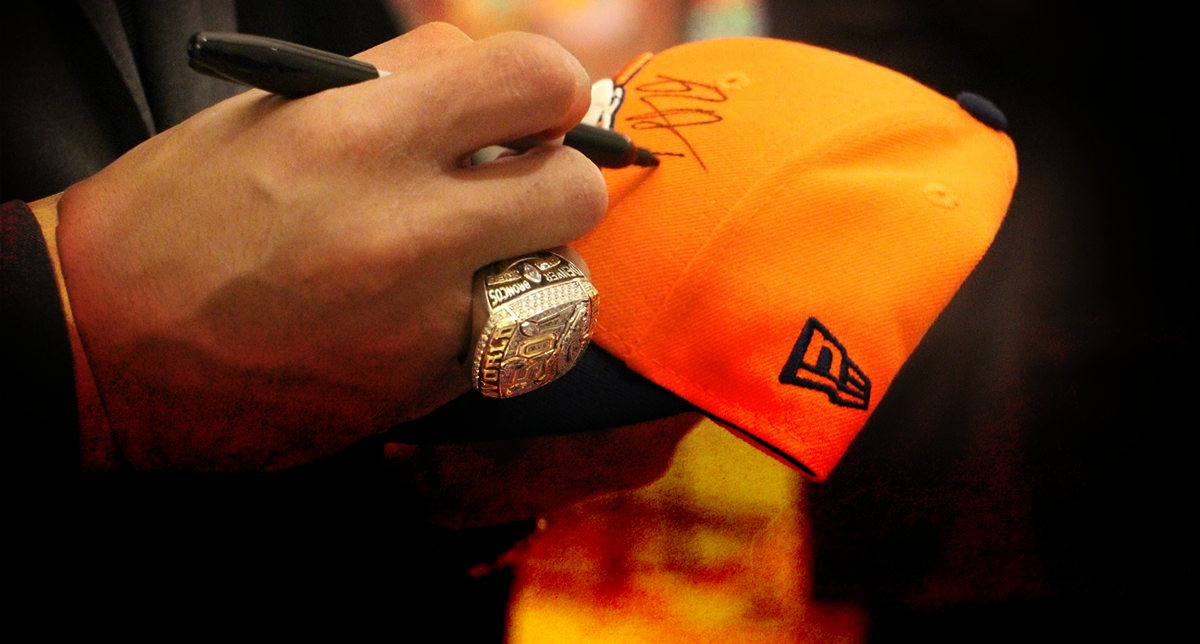 Posted at 10:32h in Money Strategies & Money Mindset by Feel Me Flow

I hear the question all the time, “How do athletes go so broke so fast?”

And I respond the same way every time: “It’s not just athletes is it?”

Athletes go broke the same way anyone else does.

I lucked out. During high school, somewhere between workouts and burritos, I heard Hootie and the Blowfish say they saved $60 out of every $100 they made. Believe it or not, that was the first time I had ever heard about saving. Nobody taught it in school. Not even later, in any of my college economics classes did anyone say I should set aside a certain percent of my money and call it savings.

No one told me the truth about money!

That truth?  Saving money is one of the hardest things to do as an adult.

I saw this too many times in the NFL. I watched my fellow athletes struggle with having and losing a ton of money. I got phone calls to buy used Gucci backpacks, discounted cars, or campers, all because a teammate was going broke.

I also realized that the same thing was true for people around me of every profession.

Here’s what I learned that can help you.

There I was, made it to the NFL and got a big paycheck! First, I get the car I wanted, woo! (Bought it used, btw, which saved 30%.) And I got my apartment. Then I wanted to give back to my family and friends. Then that fourth paycheck came. “Woo! I’m making a lot of money! So much that I can give more.” And I do.

Then March comes and the paychecks stop. In April, I’m waiting for my tax refund like everybody else, because no paycheck and no savings.

And then I owed money to the IRS. Whoops.

A big reason athletes go broke so easily, especially in the NFL, is that you only get paid while you play. After your last game, you get no money for seven to nine months, depending on whether you went to the playoffs. Even if you win the Super Bowl, your pay ends the first week in February.

But you’ve got to keep living. You have to keep paying rent or your mortgage. It’s not until the second to third week in September when the NFL starts paying again—if you’re lucky enough to make a roster and to not be injured.

This is the drought.

Here’s the thing: It doesn’t only happen to athletes. It could be a huge car repair, an accident, or a medical expense you didn’t expect. Companies fail, divisions lay off, clients disappear, good people get fired, things happen.

Another challenge with athletes is that we sign up and assume we will play forever, but an injury can come at any moment. With an injury rate of 100%, even the best players will go under the knife eventually. If something happens, you need money to live on.

If you don’t want to go broke, here’s what you need to do: 1. Save for the drought, 2. Know your living expenses, and 3. Give smart.

The first thing to do is set your savings rate. Save 60% out of every $100. Or $20, or $5. Start somewhere and plan to increase it. Max it out once you figure out your expenses (the next step). You never know what will happen. What can you live on comfortably today? Put the rest away where you won’t touch it.

Saving regularly makes you live another lifestyle. If you are making $200K and saving 60%, you will be set for any bad times. And you will be living an $80K lifestyle. It’s worth it, because you might be earning $0 around the corner, and you’ll need the money you put in your savings.

Next, look at your cost of living. That’s the amount of money it takes for you to pay for where you’re living, pay for gas that month, rent/mortgage, electricity, your cable. You should know this off the top of your head. How much is yours? Add it up.

This expense comes first. It’s easy to forget to apply your cost of living to your spending. Say you know it costs $1200 to live every month. Then if you have $2000 in the bank, how much can you spend? Only 800 bucks.

Add your cost of living to the price of your next purchase, or you and your fancy TV will both be sitting on the curb. If you want a new $1000 iPhone this month, when you add in your rent and your grocery bill… well, that’s now a $2,200 phone. You need $2,200 to get that phone. Do you have that?

If your income varies (like in the NFL), you need to pay for your cost of living in the drought too. Your monthly cost of living might be $1200, but wait, times 12 months. If you’re only getting paid for four months of the year, you’ve got to set enough money aside for the other months.

Also, how many cars can you drive at the same time? Own that many. ONE.

4. Give Smart (and Say “No” when People Ask for Money)

Warren Buffet says it best: “The difference between successful and really successful people is their ability to say no.”

People will say the most amazing things when they ask for money. When I first made it to the NFL, one of my family members asked me to start a $1.5 million real estate project. A project that size would have bankrupted me. And I’d still see them at Thanksgiving.

It’s tough  to say “no” to family. We love our family and want to give back to those who supported us. I wanted my parents to have a better car than I did, and to be happier than I was because they sacrificed so much for my career.

But I’ve seen the truth: giving people money is the wrong thing to do.

The most helpful way to say “yes” to family is to help pay down their debt. If I could do it over again, I would help my parents pay down their mortgage, or pay off their credit card debt. This works because it maintains their responsibility.

You’ll find it hard enough to control your own spending. Leave it to others to control theirs. Beyond that, train yourself to say no. After my first year in the NFL a buddy called whom I looked up to as a mentor. He said, “Hey, man. I’m going through a divorce and a bankruptcy. I need $20,000. Can you help me out?”

I said, “NO.”  I was 22 years old and right in the drought. No paychecks for me, and somebody wants me to pay for their mistakes? I said, “I can’t do that, no way.” Because one of my other friends had just given him money, I asked, “What happened to the money that so-and-so gave you?” And he said, “I’ll be honest with you. I blew it. I just blew it.”

RELATED: The Simple Strategy I Learned To Resolve Conflict Without A Fistfight

People do that. We do that.  We love blowing money fast.

Do not give cash. It doesn’t help. I lost a friendship that day, but it’s not my fault. Losing a friend because of money is not losing a friend. Friends don’t need your money. Walking is their choice.

The fear of having no friends has caused teammates of mine to overspend and over-leverage themselves.

I fought this myself, too.

When I moved to Denver, I had no friends, no family out here. I talked to the cows next to my apartment. When you’re in this empty space with money in your pocket, it’s easy to say, “Hey, man. I’ll pay for you to come out here. I’ll pay for dinner. Don’t worry about it.” We want to make it easy for friends to be around us.

What a way to go broke.

Now you know why 78% of NFL players end up bankrupt: because they fail to recognize the drought, they fail to save, they fail to incorporate the cost of living in the prices of their purchases, and.they give too much away.

Having money is a tough responsibility. Thanks to Hootie and the Blowfish, my hard-and-fast rule is to save $60 out of every $100 I make. What is your ratio? How much of your income gets eaten by monthly living expenses? And how do you say “no” when people ask you for money?

Do your future a favor and work that out.