Team-Building Techniques You Can Steal From the NFL 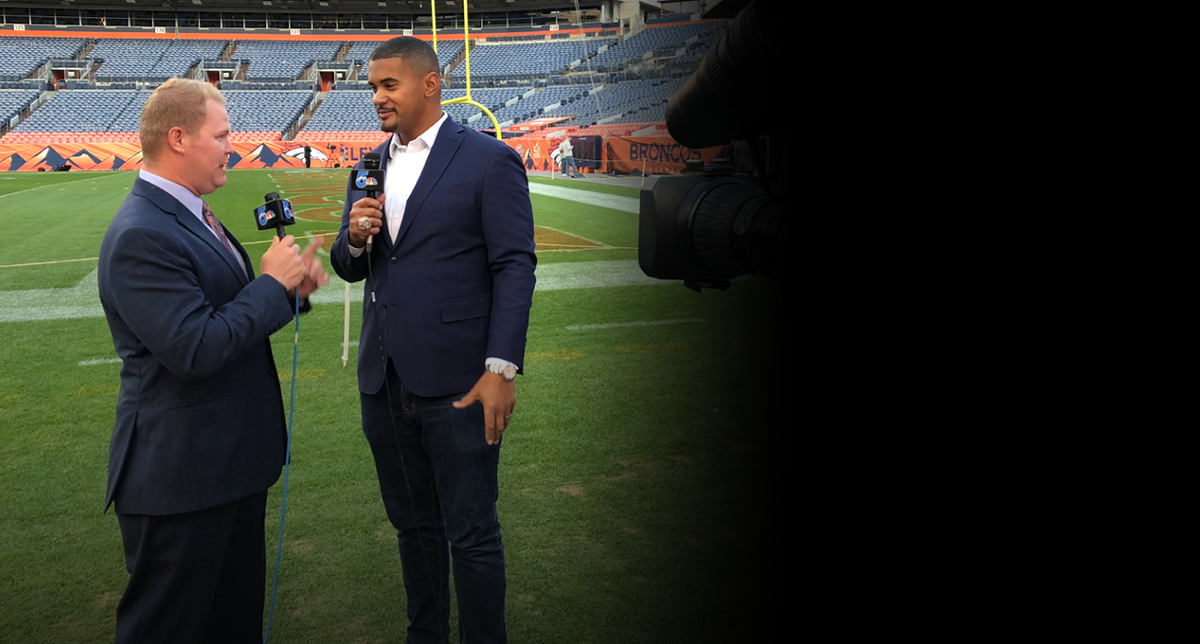 26 Sep Team-Building Techniques You Can Steal From the NFL

Posted at 11:22h in Communication & People Skills by Feel Me Flow

Ten rows up from our new rookie, I bellowed “WHAT’S YOUR NAME?” The rookie skits had begun and our new teammates had a chance to introduce themselves to us with name, signing bonus, college and finally by song or skit.

Inevitably, the rookie stammered and was booed off the stage to come back and try again. Do not feel bad for him. My rookie year I had been booed off stage after what I thought was a fantastic rendition of the Notre Dame fight song. All rookies get booed

What that rookie did not know is that team building in the NFL had already begun.

Many people believe that an NFL training camp is about clawing and fighting your way into a position on an NFL roster. Nope. Eighty percent of those positions have already been decided before training camp actually starts. So why have training camp?

What are NFL coaches really doing at training camps? Teambuilding. How do elite and veteran players set the standard of performance and interaction for the year? Teambuilding. NFL coaches and players know how to build a team, and you can intercept their techniques for your own workplace.

Young NFL players think that the NFL is all about performance on the field, and that certainly is a large part of it. But the number-one thing coaches are looking for, specifically from their newest members: Can they listen?

How good are you at listening?

The first team-building exercise you can steal from the NFL comes through practicing listening. Each of us has the opportunity to practice listening in and out of the workplace. Practice listening to the instructions. Practice putting our phones down and dedicating ourselves to the career that we have chosen.

How many ways you can do it, not just at the workplace? How about at home? How about with your loved ones?

Can you practice listening like the greatest players in the NFL are doing right now? Tom Brady does not need to relearn a playbook, yet here he is in his 20th season, practicing this critical skill. The best running backs do not need to relearn how to run the football. Yet they practice listening by showing up for meetings every day and dedicating themselves to the craft at every practice.

Related:  4 LEADERSHIP MISTAKES THAT RUIN TEAMWORK (LIKE WHEN WE LOST 14 STRAIGHT GAMES)

Throughout training camps, many teams across the NFL are spending time together at different college campuses. They are away from their families and distractions. They are building bonds as a team.

Is there somewhere you can travel with your team? Can you hold meetings at a different location or some other way? Can you all go on a business trip to pitch a client? Traveling together forces you into informal conversations. It provides ways to build bridges that produce results for your business, for your company, at your workplace. It all happens because you spend more time together.

Not every NFL football player likes each other. But living in the same hotel and seeing the same person two or three days in a row, you figure it out. You have to overcome your disagreements. You have to find something about each other that you can relate to, and that is a great thing.

How much more productive are you when you get past the reasons why you do not like someone?

If you are a leader, take a play out of the NFL’s book and take your team on a trip. Place them in a confined space away from distractions where they can interact with each other. That forces teams to grow together, to win together.

I was just a panel moderator at a Human Performance Summit at CU Boulder when a key team-building tactic was spoken about in another sport. One of the performance coaches for the U.S. cycling team said that they have one rule: Do not miss dinner. Eating together outside of work can allow you to see each other and laugh with each other about things that you have in common that you may not have realized.

There are always fights in training camp. But then you have to eat breakfast and dinner with each other. You get past it. You find ways to overcome your differences when you eat with each other, so go to dinner and breakfast, too.

Studies have also shown that when you eat with others, your brain forms connections that liken the others as family to you. Eating together can solve conflicts, create new connections and build bridges over differences in your workplace, too.

Stand Up for Yourself

At some point, you are going to have to stand up for yourself. It might happen in a meeting or a conversation. It may happen in advance of a situation you know is going to arise. Standing up for yourself may come by dealing with a locker room conflict or in asking for a raise or a promotion.

By standing up for yourself, not only do you create space for you to be successful, but you also create a space for someone else to grow on your team.

New Year’s resolutions are popular. How’s that resolution now? NFL players use practices to find one part of their game to improve right now.

Every single day I went to training camp practice in my 10 years in the NFL, I would find three things I wanted to improve. I would write them down and every day, I would go after those specific goals.

A group of dedicated individuals who have bonded together is what makes a great team. The NFL knows how to build winning teams. Take a page from their playbook.